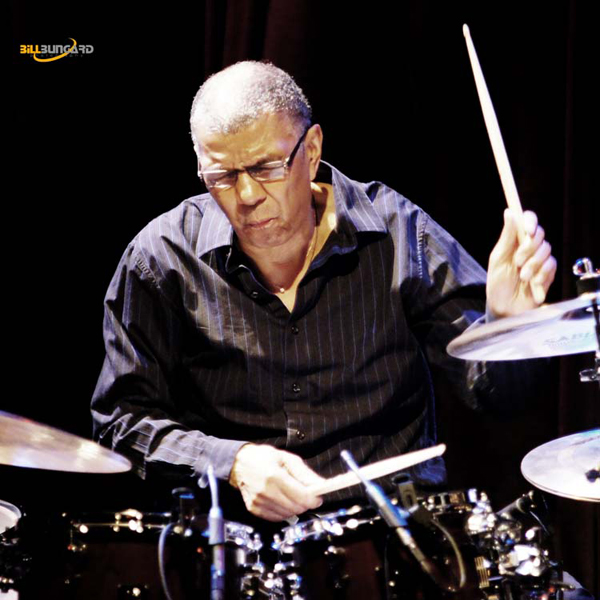 “The man sounds like a tub of water.”  That’s probably the most memorable comment I’ve heard in response to a Jack DeJohnette drum solo, conveyed mid-flight into the second set of a performance at L.A.’s Catalina Bar & Grill in 1995.  As a freshman in college and student of music, I had only just begun to inquire about DeJohnette’s work as a leader, having barely probed beyond his vast arena of better known associations with Charles Lloyd, Bill Evans, Miles Davis, and Keith Jarrett.  Water as a metaphor may have been a fitting description for the music being played that evening, especially when considering the title of the album he was touring at that time, Dancing With Nature Spirits (ECM Records), presented and re-imagined in the context of a live trio with pianist Michael Cain and Lonnie Plaxico on acoustic-electric bass guitar. The consolidation of sound and discourse flowing from the drums would reach our ears with the gravity and force of a waterfall, as DeJohnette exercised an exceptional degree of physical control and fluidity in motion that to this day remains the very hallmark of his musical voice.

Fast forward to present day, when opportunities to catch DeJohnette in an intimate setting such as Dimitriou’s Jazz Alley have become fewer and farther between, where in Seattle’s market one might first expect to find the legendary drummer on stage with Keith Jarrett and Gary Peacock at Benaroya Hall.  Concert events such as these may justifiably seek a premium, but there’s a perfectly good reason why the latest edition of DeJohnette’s quartet would make its trek for two mid-week performances in February, aside from what was billed as a milestone 70th birthday celebration.  The invitation to witness the living art opens a door toward a uniquely informal approach to performance, which at its essence becomes a ritual presented in conditions where the artists themselves are fully enabled to service the art.  For any modern jazz group to begin from nothing, capture a room almost immediately, and then literally sweep the audience off to another world – this phenomenon reveals with stunning clarity DeJohnette’s rare gift as a bandleader, which at its foundation appears to be more derivative from the ancient values found in storytelling.

A sudden change in the lineup was announced this past Tuesday (the same day as the band’s first performance at Jazz Alley), as Ravi Coltrane had sustained an injury that prevented him from playing.  This prompted a call for Don Byron to stand in, the highly accomplished clarinetist, saxophonist, and composer who worked extensively with Jack DeJohnette on a number of projects, including Romance With The Unseen and Ivey-Divey (both on Blue Note).  Portland-based musician George Colligan filled the piano chair, along with several keyboards and a couple of cameos on pocket trumpet, while six-string electric bassist Matt Garrison filled the bottom end, often bringing subtle synthesized treatments to his role.

The songs were primarily long format arrangements, each in itself an aural landscape that generated picturesque platforms for expansive improvisations which bloomed out of only the simplest elements.  While possessing the freedom to go anywhere as a group, the compositions surfaced in a manner that came across as completely organic, including generous passages from John Coltrane’s Crescent and DeJohnette’s own Seventh D.  These moments were so ideally suited that we in the audience could have been hypnotized without ever sensing the slightest disruption.  Two 45-minute pieces made up the set, unraveling as if the music was actually floating on top of the silence, rather than attacking it as a way of commanding the courtesy and attention of those in the room.

The extraordinary ability of the players allowed for a limitless range of styles, colors, and textures.  In the early part of the set, we would hear Colligan’s processed electric piano paired with a percussive, overdriven Rhodes, all of which accompanied a funk backbeat that recalled Miles Davis’ electric period, or at times even Ronald Shannon Jackson’s Decoding Society.  The sounds emanating from Matt’s bass converged harmonically with the keyboards, structurally resembling the classical guitar in terms of his chordal movement and finger-picking style.  Within minutes, he would turn another corner as the band departed like a flock of geese, shifting into a mode more akin to Jaco Pastorius, replete with distortion, chorus, tremolos, reverse looping, and a sustained droning pedal tone that sounded almost like a spaceship aligning its descent after having just entered earth’s atmosphere.

Don Byron turned in a powerful performance, alternating between clarinet and saxophone, and seemed to enjoy the ride as he swept in and out of free form playing – an ambrosia that provoked a number of grins from the audience, occasionally reminiscent of Roscoe Mitchell’s spirituous modal excursions with the Art Ensemble of Chicago during the latter 60’s and early 70’s.  Colligan’s proficiency, dynamic range, and vastly imaginative palette could not be overstated, as he offered up a brilliant steel drum solo on synthesizer, and then later his stirring grand piano solo caused a riotous ovation that truly demonstrated why he’s one of jazz’s best kept secrets.

As with a multitude of Jack DeJohnette experiences, the drums take on a role and presence that absolutely defines the mood and terrain of each piece, dotting the landscape with musical statements that consistently provoke emotions far beyond the music.  The reflection casts an afterglow that altogether encapsulates the man himself – always addressing people on and off the stage with an abiding welcome, and exuding a shade of benevolence that demonstrates a deep respect for art, our planet, and the many creators who live here.  How fortunate are we to have celebrated his 70 years through what could adoringly be called Dances With Nature Spirits. 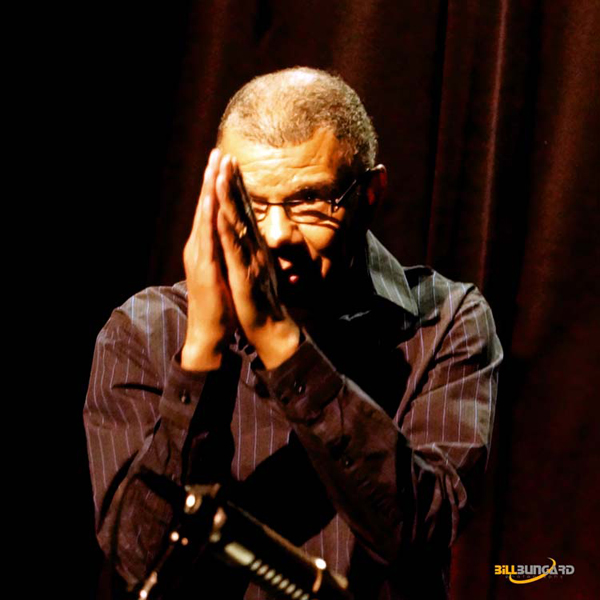 Not only is he a multi-media journalist, he is also an accomplished musician. He is the founder of SMI and drives the creative look, feel and branding for the publication. His years of writing, arranging, and performing live music in a variety of genres inform his ability to communicate the message and the mechanics of music. Roth’s work on SMI reflects his philosophy that music is the universal language, and builds community. He believes it has the power to unite people of every race, religion, gender, and persuasion.
Related ItemsBill BungradDimitrious Jazz AlleyJack DeJohnetteJazzJonathan SindelmanSeattle Music Happenings
← Previous Story Marilyn Manson takes a cheap snot at Showbox Sodo (Photo Slideshow)
Next Story → Live Review: Chris Potter’s modern-day odyssey in jazz (Photo Slideshow)