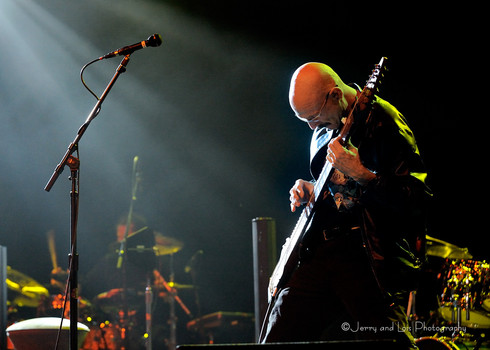 To say bassist Tony Levin’s pedigree and resume is impeccable would be a complete understatement. This rock veteran  has worked with everyone from the likes of John Lennon, David Bowie, Pink Floyd, Warren Zevon, Paul Simon, Dire Straits, to Alice Cooper, Phoebe Snow and James Taylor.

On this week’s episode of  SMI Radio, I catch up once again via Skype with one of the best bassists in the biz. Tony shares some tales about working with Rock and Roll Hall of Fame nominee, Peter Gabriel and his most recent project Levin, Rudess Minnemann, produced by former Seattle resident, Scott Schorr of Lazy Bones Recordings (he also produced a project with Tony a couple of years back, Levin Torn White.) LRM features the brilliant keyboard work Dream Theater keyboardist Jordan Rudess and drummer Marco Minnemann.

On this week’s show you will hear selected tracks from the CD which was released earlier this month.

Not only is he a multi-media journalist, he is also an accomplished musician. He is the founder of SMI and drives the creative look, feel and branding for the publication. His years of writing, arranging, and performing live music in a variety of genres inform his ability to communicate the message and the mechanics of music. Roth’s work on SMI reflects his philosophy that music is the universal language, and builds community. He believes it has the power to unite people of every race, religion, gender, and persuasion.
Related ItemsGreg RothKing CrimsonLazy Bones RecordsLevin RudessMinnemannPeter GabrielScott ShoreSeattle Music HappeningsSMI RadioTony Levin
← Previous Story SMI Radio Xtra: Macy Gray doing her thing in Seattle (Audio Interview)
Next Story → Hank3 rocks Hayseeds and Hardcores at The Showbox Market (Photos)