Chris Potter is among the busiest of jazz musicians working today, though one might be hard-pressed to find any comparable subject when measuring an individual’s footprint against a seemingly inexhaustible capacity for both physical time and unbounded progress.  At 42 years old, Potter has managed to put out 19 albums as a leader.  Last year, his name could be found on new releases and concert bills supporting such artists as Mike Stern, Pat Metheny, and Clarence Penn. He also participated in one of the most exciting tours in recent years – The Monterey Jazz Festival live, now celebrating its 55th year in the company of Dee Dee Bridgewater, Christian McBride, Benny Green, Lewis Nash, and young trumpet star Ambrose Akinmusire.  Chris is currently touring behind what marks his ECM album debut as a leader, quite noticeably his most ambitious acoustic project to date – The Sirens, the seeds of which were inspired by Homer’s epic poem, The Odyssey. 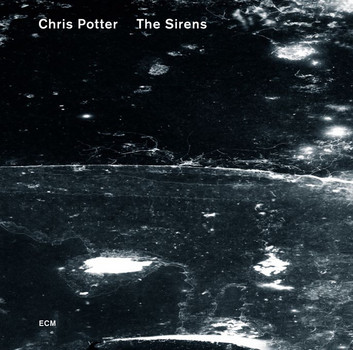 On this album, we find Potter in the company of musicians who not only share history, but are accomplished to the degree that little to no attention was given to rehearsal.  With two pianists on board, Craig Taborn and David Virelles, bassist Larry Grenadier and Eric Harland on drums, what we end up hearing is rooted solely within Chris’ initial sketches presented at the session in New York.  Beyond decisions about instrumentation and personnel, minimal instructions were given before unlocking what instantly became a collective stream of heightened consciousness and pure imagination.  This style of working comes across as remarkably refreshing, and resonates with the climate and methodology behind many of jazz’s most iconic works produced during the pioneering days of record labels from the 40’s and 50’s.

Seattle is most fortunate indeed to see the Chris Potter Quartet drop in next week for two consecutive evenings at Dimitriou’s Jazz Alley, beginning on Tuesday, February 26th.  He will have The Sirens band in tow, and on this particular run David Virelles will be the featured pianist.

I had the opportunity to speak with Chris ahead of his departure from New York – a conversation covering his prolific career and a wealth of experiences that have fueled an artist widely referred to as one of the leading lights of his generation.

Click the player below to hear the audio interview…

For more information and a schedule of shows, visit:

Not only is he a multi-media journalist, he is also an accomplished musician. He is the founder of SMI and drives the creative look, feel and branding for the publication. His years of writing, arranging, and performing live music in a variety of genres inform his ability to communicate the message and the mechanics of music. Roth’s work on SMI reflects his philosophy that music is the universal language, and builds community. He believes it has the power to unite people of every race, religion, gender, and persuasion.
Related ItemsChris PotterDimitrou's Jazz AlleyJazzJonathan SindelmanSeattle Music Happenings
← Previous Story SMI Artist Spotlight: Jack DeJohnette…celebrating 70 years as jazz’s moving target
Next Story → SMI Artists Spotlight: Shane Alexander at El Corazon (Photo Slideshow)