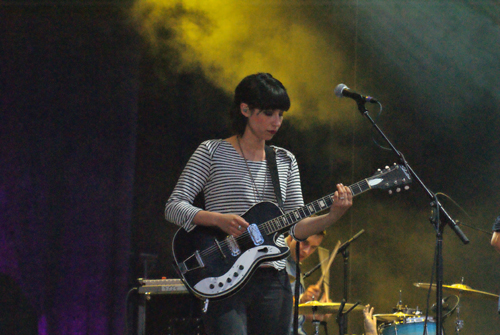 Sasquatch 2013 is officially underway. Like previous years, Sasquatch offers an eclectic blend of musical styles and genres. Of course there is no shortage of artists with street cred and star power. Below are just a few of the acts that will be on our itinerary to check out and photograph.

Of course, there are too many great acts to mention in one piece. For the complete festival lineup go here.

SASQUATCH! 2013 KICKS OFF THIS WEEKEND AT THE GORGE

Why you need to see them: Macklemore and Ryan Lewis have crafted one of the finest records of 2012/13 titled The Heist. The album boasts an all-star lineup of some of the most talented artists in the Northwest such as Allen Stone, Wanz, Mary Lambert, Andrew Joslyn and The Passenger String Quartet and more. The Heist has already spawned several hits and has enjoyed success at the top of the charts without the aid of the major label machinery, (Thank you very much!)

If you think Macklemore and Lewis know how to make great records, just wait until you experience their full on live show complete with an energetic cast of characters.

Why you need to see him: His break from Fleet Foxes has allowed Joshua Tillman to explore new musical territory under the moniker Father John Misty. This wanna-be preacher man took a detour from ambitions of being a man of the cloth toward the path of indie music.

Tillman is not just a singer, he is a charismatic performer who seems to be able to channel the energy and attitude of the late “Lizard King” himself, Jim Morrison (sans leather pants.) His songwriting contains dark lyrical scene juxtaposed by a fun and sardonic delivery.

Why you need to see them: Rose Windows may be one of Seattle’s latest indy breakout bands. With a new record The Sun Dogs scheduled to drop on June 25th, Sasquatch! 2013 maybe the group’s coming out party. To the already enlightened, the band IS already out, but being on the Sasquatch bill is certainly conducive to creating a buzz that transcends the hipster landscape.

Rose Windows  loves to explore the sonic space with their brand of blues based, psychedelic tinged hippy rock. Sasquatch is an environment and atmosphere that is custom made for their eclectic sound.

Why you need to see them: Because we already did last August at The Paramount and we loved them. SMI Contributor Alica Kamenick who reviewed the show described it as Ethereal. Orchestral, majestic, eerie, otherworldly, mesmerizing and orgasmic and then she ran out of adjectives.

This Icelandic outfit produces a big and powerful sound and with an array of musical textures. Sigur Ros will deliver some sonically exquisite ear candy with the beautiful Gorge providing the perfect backdrop.

Why you need to see them: Last year, Jessica Dobson wowed the Sasquatch 2012! audience with her guitar wizardry while performing with The Shins. (Where does she get all of those wonderful toys?) A week prior, her band Deep Sea Diver blew the roof of at Neumos with a stunning performance.

This year Dobson is back at Sasquatch! but this time with DSD. We have had the opportunity to see this group perform on several occasions and have never been disappointed. Dobson’s Johnny Marr like guitar and unique vocal styling draw you in while the solid rhythm section of Dobson’s husband Peter Manson on drums and bassist Michael Duggan provide a ferocious foundation for this power trio.

Why you need to seem them: Because he is Elivs “elfin” Costello. In 1977 Mr. Costello made is his Television Debut on SNL After playing a few bars of “Less Than Zero,” Costello stopped his band The Attractions, and launched into an inditement of the radio and music industry via the song “Radio Radio.” Producer Lorne Michaels didn’t dig it too much he stood there flipping the bird at Elvis for the duration of the song. His antics earned him a “lifetime” banishment which lasted all of 12 years. Now THAT is punk rock!

Costello has released a strong and musically daring body of work over the course of several decades, collaborating with industry heavyweights such as Paul McCartney, Burt Bacharach and Allen Toussaint.

Why you need to see them: They are a little pop, funk R&B and a whole lotta hip hop. Theortics take a lot of different genres and sounds, throw it in the pot and create their own special recipe, served up with a groovy secret sauce.

This seven piece Seattle unit knows how to do it up in a live setting. If there is anyone sitting down during their set, we would be very surprised.

Why you need to see them: It has been eight years since The Postal Service did their thing and after this most recent reformation, who knows how long it will be before they reconvene again.

Postal Service is one of many projects that Ben Gibbard has been involved in as of late. Of course Death Cab for Cutie as well as his solo work has been keeping him busy enough but with the addition to performing with The Postal Service we have to wonder if the man ever sleeps. Fortunately for us Gibbard can sleep when he is dead; there is too much work for him to do.

You can access the complete lineup by visiting: http://www.sasquatchfestival.com

For some live updates, from Sasquatch! 2013 check out our Twitter and Facebookpages.

Not only is he a multi-media journalist, he is also an accomplished musician. He is the founder of SMI and drives the creative look, feel and branding for the publication. His years of writing, arranging, and performing live music in a variety of genres inform his ability to communicate the message and the mechanics of music. Roth’s work on SMI reflects his philosophy that music is the universal language, and builds community. He believes it has the power to unite people of every race, religion, gender, and persuasion.
Related ItemsDeep Sea DiverElvis CostelloFather John MistyMacklemore & Ryan LewisMusic FestivalsMusic VideosRose WindowsSasquatch! Music FestivalSeattle Music HappeningsSigur RosTheoretics
← Previous Story Sasquatch! 2013 kicks off this weekend at The Gorge
Next Story → Jon Yoon busks the month of May to raise cash for MCP (Video Interview)