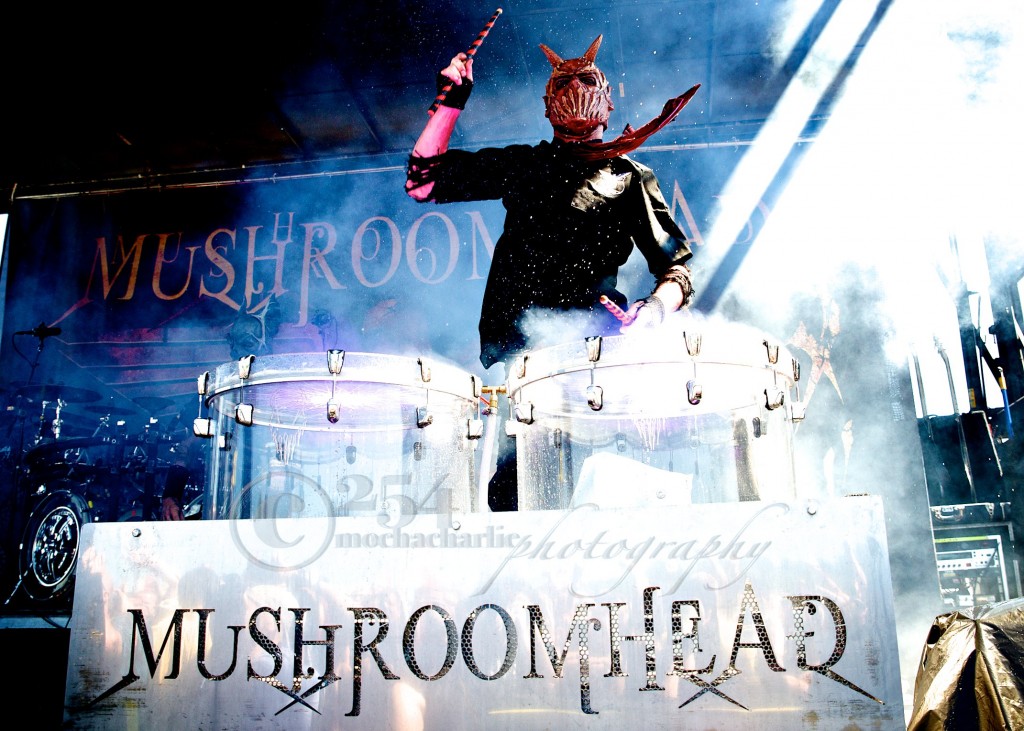 For those that don’t already know, I really enjoy shooting “metal” shows. It gives me more opportunities to photograph something outside of the “normal rock shows;” and I also get to spend time sharing the experience with my oldest son. We (along with the other 15K+ fans) braved the near-100 degree heat on July 8 to attend this year’s ROCKSTAR Energy MAYHEM Festival at White River Amphitheater, and it was fantastic!

Not only was my son excited to see the line-up this year, I was too! One of the main reasons he was excited was because two of his favorite bands made the line-up this year, Avenged Sevenfold, (who I have seen and shot before), and Mushroomhead (who, since having heard my son talk about for nearly four years, I was finally getting the opportunity to see and shoot). I was anxious to see what all of the fuss was about.

Not to my surprise, I was most impressed with Mushroomhead. Not only because they are one of my son’s favorites, but for the mere fact that they are very theatrical, and really fun to watch. The band has three singers, yes, three, and they sing and perform in multiple places on and off stage, all while doing so in elaborate masks which they designed. They were definitely main stage-worthy. Not only because they drew the largest outside crowd for their set, but because their double set of water drums should have been enough to grant them more space for an even larger stage set up. If their music captivates you, I highly recommend seeing them perform the next time they come to town.

Body Count, featuring Ice – T, also drew a big crowd, because, you know, it’s Ice – T. Returning to his music roots (taking a break from his notorious and popular role on NBC’s “Law & Order, SVU), he played his part as frontman for the band. Hands were raised, moshing ensued and middle fingers were waved, all with the encouragement of the band, which included Ice T’s son, Tracy Morrow, Jr., on backing vocals.

As for the Rockstar Energy Main Stage performances, Korn‘s performance was the most surprising. Lead singer Jonathan Davis had a ton of enthusiastic energy, smiling throughout their performance, creating a surprisingly positive vibe in spite of their often intense style. He moved about freely on stage, head banging, hair flipping, and jolting his body as if he were being shocked by his silver gilded statue mic stand. I only wished his bagpipe performance during “Shoots & Ladders” was one he would have done while I was shooting so I could have captured that image to share.

Avenged Sevenfold closed out the festival with a stunning fire, explosion, and light show that along with their amazing musical performance captivated the crowd. As they always do, they selected a song within their set – this time it was  “Seize the Day” – to dedicate to their late drummer “The Rev” who passed away in 2009. I always find this part of their show to be touching and heartfelt, as he is truly missed by the band and their fans. Toward the end of their set, I noticed lead singer, M. Shadows, point down toward someone in the front of the crowd, and moments later, security had hoisted a young boy up on stage to enjoy the last few songs from side stage. I’m sure that’s a memory he will never forget. After laying down their instruments at the end of their set, the band left the stage, only to return for two more songs, even though they mentioned that stage curfew was 11 p,m., and they’d likely play past that (I wasn’t complaining! Shhh, don’t tell anyone). The crowd roared with excitement as they played a two-song encore, “A Little Piece of Heaven” and “Unholy Confessions,” making their performance the longest of the day.

Veil of Maya at Mayhem Festival (Photo by Mocha Charlie) 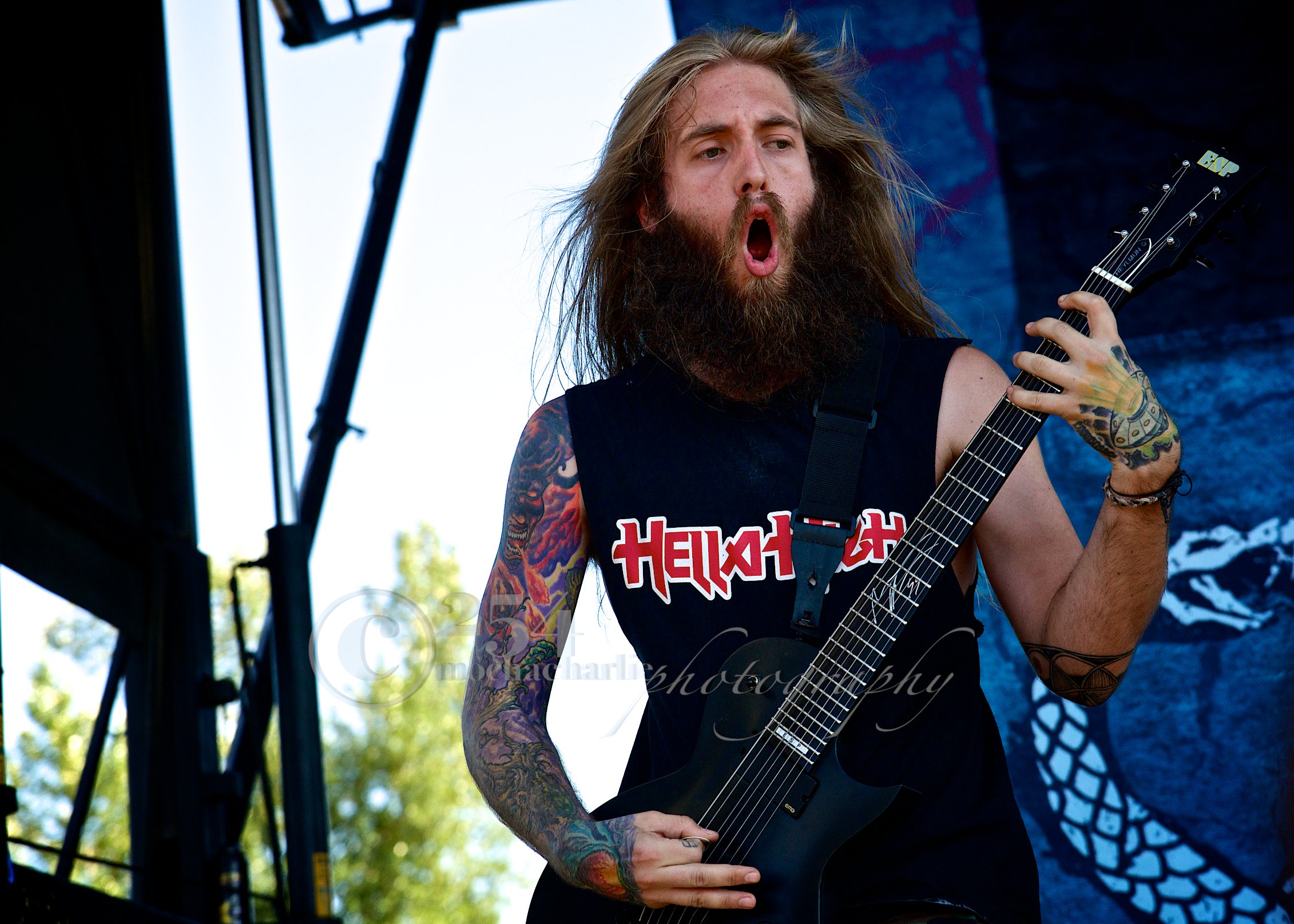 Mocha Charlie is an amazing photographer who has a real passion for music. She covers and shoots several shows per month in and around the region. She a brilliant photo journalist but most importantly, she is also a mother who does her best to balance out her life and live it to the fullest. Mocha Charlie uses her passion and talent to support the community, her friends and family any way that she can.
Related ItemsAvenged SevenfoldBody CountKornMiss May IMocha CharlieMushroomheadNewsRockstar Energy Drink Mayhem FestivalSeattle Music HappeningsWhite River Amphitheater
← Previous Story SMI Radio Timber! Shows! Julia Massey & The Five Finger Discount (Podcast & Photo Slideshow)
Next Story → Fitz & The Tantrums show the love at Showbox SoDo