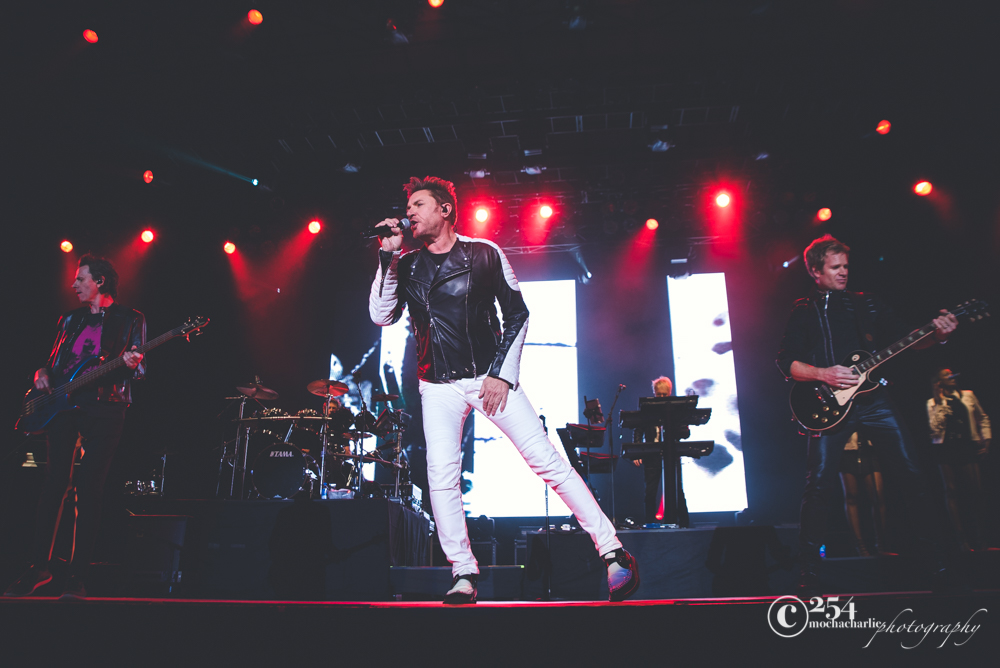 Those who think Duran Duran is an ’80s “comeback” band, should think again. Over the past few decades, not only have they had numerous top ten singles here and abroad, they’ve also sold over 100 million copies of their works. Based on their performance at The Washington State Fair this week, as well as the fan reaction, they definitely never left the music scene. They’ve still got the moves, vocals, and chart-topping songs. Many of their ’80s mega-hits are included in most of ’80s compilation EPs on the market, and they’ve continued to release new material every two to five years since since they formed in 1978. With a new label in tow, Warner Bros, their recent release, Paper Gods, debuted at number ten on the Billboard Hot 200 charts. The deluxe edition includes three bonus tracks.

Last week, the band performed their single “Pressure Off,” with Janelle Monáe and Nile Rodgers on ELLEN. Their connection with Monáe is recent. They wanted to work with a feature artist, and she was on their radar. As for Rodgers, they have been longstanding friends for over 30 years, including numerous stage performances as well as behind the scenes music-related business. Rodgers remixed their songs “The Reflex” and “Wild Boys,” as well as acted as co-producer and studio musician on their Notorious and Decade albums.

So, the pairing of Duran Duran along with Chic featuring Nile Rodgers  on the same bill made perfect sense. The music spanned nearly four decades, and had everyone in the audience dancing in their seats. Familiar tunes, “We Are Family,” “Good Times” and “Le Freak” got fans nostalgic, and introduced new fans to music that simply holds a place in the hearts of those who have been fans from the beginning. Rodgers also joined Duran Duran on stage to perform the bands most successful single to date, “The Reflex” and “Pressure Off” from the new EP.

On many occasions, the choice to flip the switch on the “confetti canons” might be a signal that the end of the show is near, but for this show, it meant that the show was still going strong. In fact, it occurred just past the middle of their set, and the band played well past the “official” fair closing time of 10 p.m. Perhaps it was to ensure fans that may have arrived late to the show (due to the traffic congestion from the closing of I-5 for the Chinese Presidential motorcade) one they’ll never forget. It seemed to do the trick. Upon leaving the venue, “WOW!,” “Damn!,” “Holy Crap!” and “What a show!” were heard in multiples among the crowd.

Mocha Charlie is an amazing photographer who has a real passion for music. She covers and shoots several shows per month in and around the region. She a brilliant photo journalist but most importantly, she is also a mother who does her best to balance out her life and live it to the fullest. Mocha Charlie uses her passion and talent to support the community, her friends and family any way that she can.
Related ItemsChicDuran DuranFeatureMocha CharlieNile RodgersPuyallup FairWashington State Fair
← Previous Story Ratatat Lasers The Showbox
Next Story → Hollywood Undead’s Lively Showing