By Christine Mitchell on January 17, 2017@Housetornado37 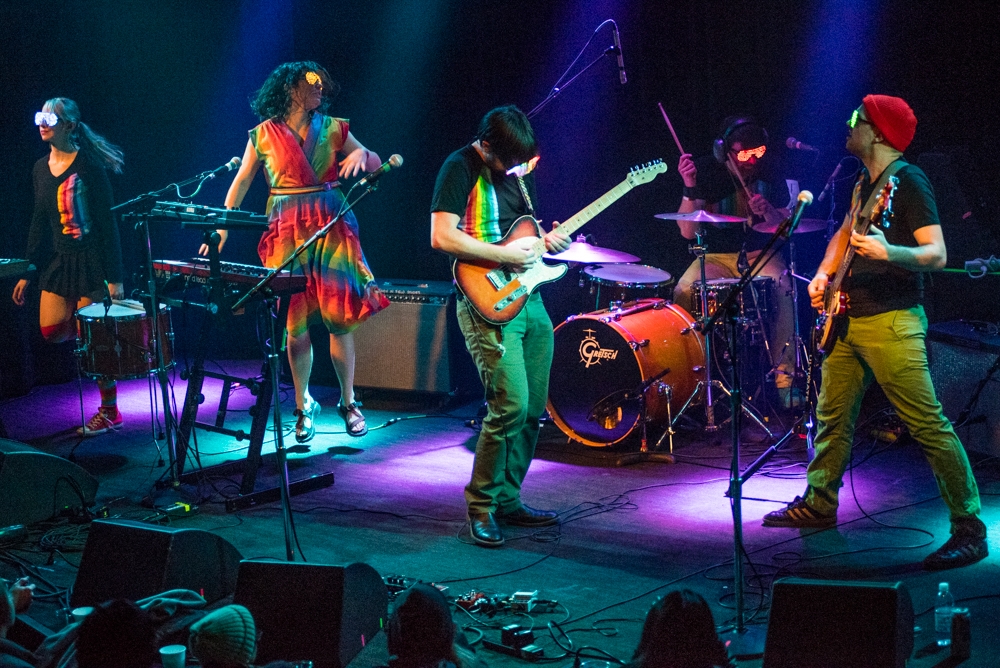 Big Ass Boombox celebrated its fourth year of free, all ages entertainment with a slew of creatively charged up and coming local bands, filling The Crocodile for two nights of fun. So much fun, in fact, that it would be impossible to unload it all here. So instead, consider these “greatest hits” from Big Ass Boombox 2017:

Big Ass Boombox paid off due to the hard work of many volunteers and the music of so many bands. If the mission of Big Ass Boombox is – as they state on their website – to showcase “some of the best music that this city has to offer while removing every possible barrier keeping new fans from discovering them,” they did that and more, as they also empowered the next generation of Seattle bands to lead the charge into the future.

Christine Mitchell has been poring over album liner notes pretty much since she acquired the skill of reading, and figured out the basic structure of rock songs at an early age. Whether it’s the needle popping into the first groove of the record, the beeps that signal the beginning (or end) of a cassette tape, or digital numbers ticking off the seconds from zero, music brings Christine happiness, ponderous thought, opportunities for almost scientific study, and sometimes a few tears. When she started attending live shows two decades ago, a whole new piece of the puzzle clicked in and she has been hooked ever since.
Related Items52 KingsA Breakthrough In Field StudiesActionesseAdam PrairieBelow BlackstarChristine MitchellFeatureFestivals Big Ass BoomboxGolden IdolsLocomotiveSeason Of StrangersSkates!The CrocodileThe Crocodile Back BarThe Hoot HootsWall of EarsWild English
← Previous Story Van Eps and co: The New Sound Of Seattle
Next Story → Ben Union Releases VAMP