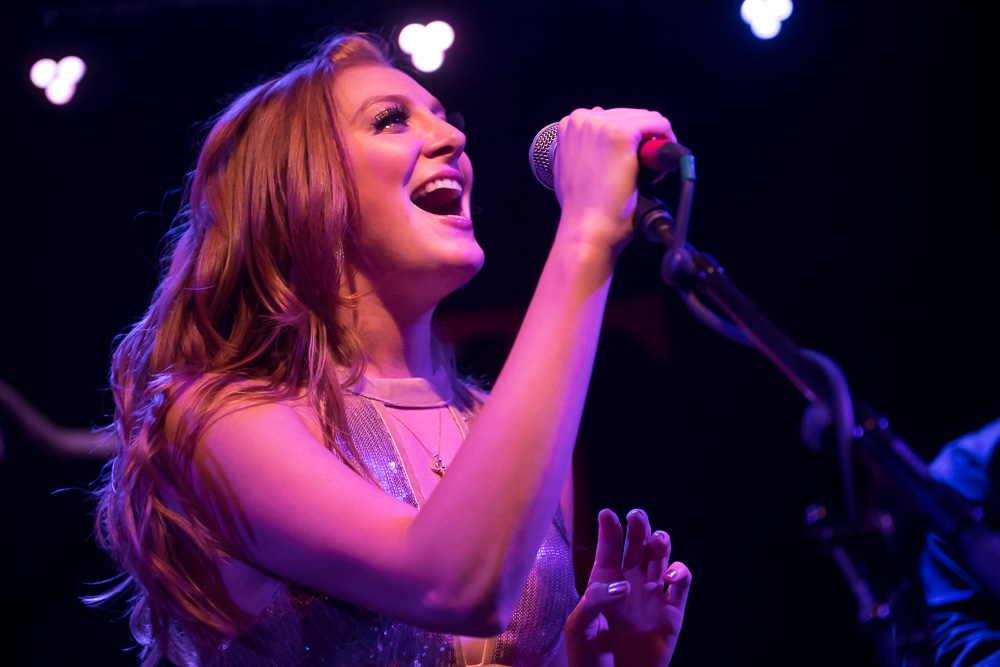 Country music is not the first thing that comes to ones mind when thinking of the Seattle music scene. Miller Campbell has a chance to change that idea. You may have seen her perform at a local rodeo or maybe the Washington State Fair this year, or recently opening for Danielle Bradberry. Having released her first EP this past week, Campbell is looking to the Pacific Northwest to make her a country star. Campbell held a party at the packed Tractor Tavern in Ballard to celebrate the release of Sweet Whiskey.

Promising a “full production” prior to the show, Campbell made sure the fans got just that. Part of having that full production was the large band she assembled onstage to back her up. The band, however, did not take away from Campbell’s magical performance. With strong vocals and lead guitar, Campbell caught the crowd’s attention right from the opening song “Obsession” with a country rock vibe. Campbell’s crowd was full of excitement, with eager fans waiting to hear her new songs. I would highly recommend catching Miller Campbell live, if not just buy her album. Country music lovers will not be disappointed.

Support was provided by the Hasslers, who originally hailed from Montana and recently relocated to Seattle to bring their music to the masses. They performed a wonderful set and raised the energy level for Miller Campbell to take the stage with a loud roar.

After the show I was able to ask Campbell a few questions:

1) Tell me your feelings on your release show.
I am absolutely on cloud nine. I am so blown away by the unbelievable support Seattle showed for local country music, and my debut album. We have such an amazing fan base here in the PNW, and to see them come out in full force was epic. The combination of the amazing crowd (who were there to have the BEST time), the musicianship of my band and the openers, the Hasslers, and the spunk and attitude of the Dancin DJ’s made for not just a show-but a full blown production. My favorite review was, “There were moments I saw you play and it felt like I was at a stadium concert.” How cool is that?! It was truly the perfect night.

2) What do you want new fans or listeners to know when checking out your music?
I want fans and listeners to know that the album is a journey meant to be played from start to finish. It truly is the story of the last year of my life- from the summer I made the full time leap to being a musician, to a bad breakup, to the death of my brother, and all the grit and glamour it takes to be a country artist. This is not a bought album, with songs I found from other people. This is truly an expression of me and the thoughts, dreams, and feelings I have. I hope this record is a true landmark for Northwest country music.

3) What are your plans and goals for 2018?
I am SO excited that my Sweet Whiskey EP is finally released. My biggest goal in 2018 is to take my music nationwide. I would love to get picked up as an opener on a large tour and really cut my teeth on the road. In the meantime, I am planning on arranging a series of tours throughout the year, kicking it off in January with a Cabo, Mexico residency. I just can’t wait to hit the road and keep the celebration going with all my fans, country listeners, and music lovers nationwide.

Matthew Lamb is a Corporate and Live Music Photographer based in Seattle.