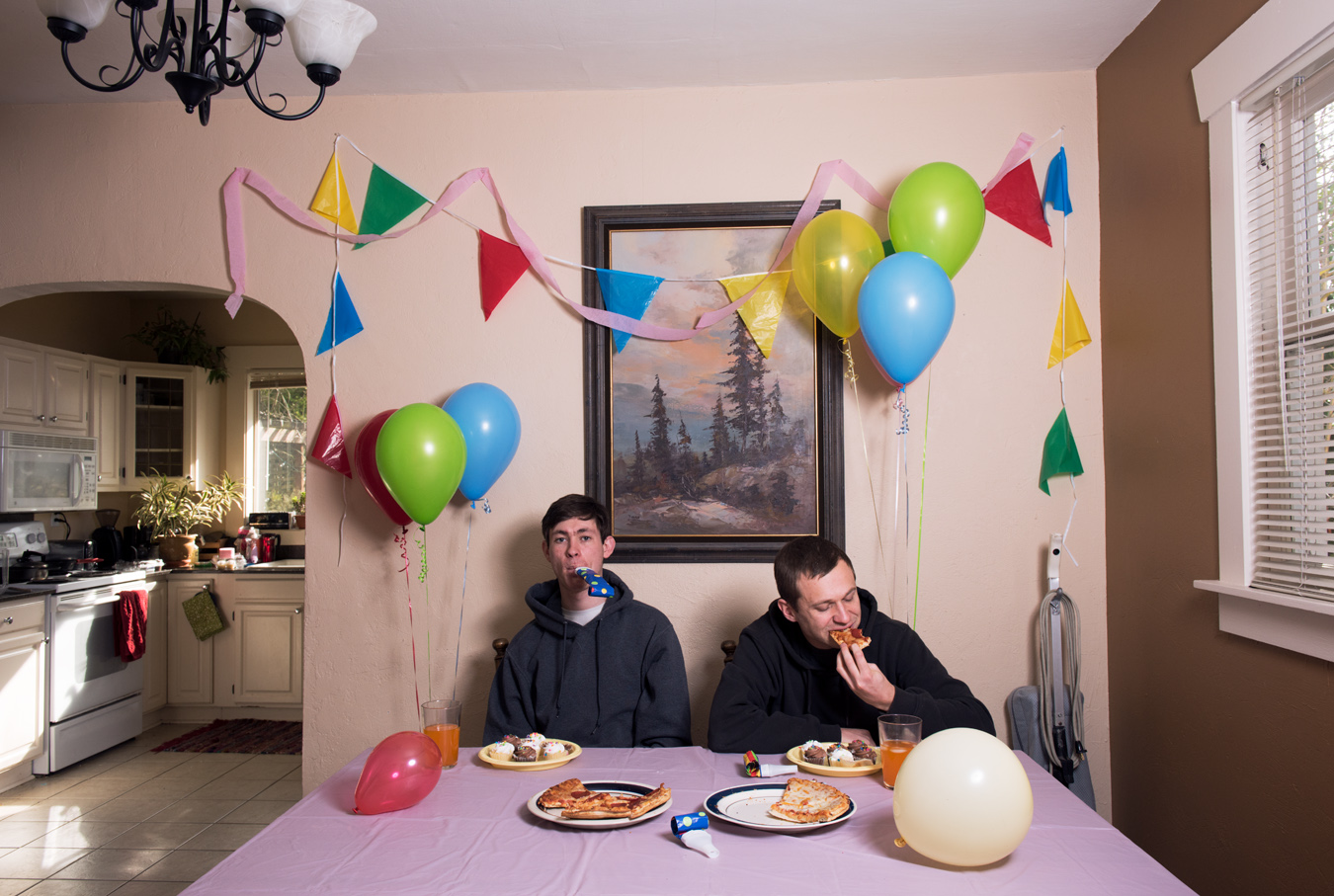 Seattle’s The City Hall are a playful indie rock two piece formed by the likes of Casey Dunau and Luke Hogfoss. Showing that the band’s style has evolved since their debut release Home Cuts in 2014, their new single “Post-” finds the duo not “fighting for,” but feasting on what they describe as “…The scraps/Left by generations past/Said that we could do anything.” Or, as the lyrics to the song suggest, they sound like they’re doing their best to.

“Post-” plays like someone walking a tightrope – each piece of the song laid out carefully, one foot after the other, as the track’s bouncy rhythm is helped along by percussive guitar and a tumbling singing cadence. Dunau and Hogfoss trade vocal responsibility almost imperceptibly between sections, with blissful harmonies and “oh’s” layered throughout that remind the listener of Beirut or Yellow Ostrich.

One highlight of “Post-” is during the song’s second verse, where one can clearly hear Hogfoss smile and even laugh during his vocal performance – creating a moment heard rarely in recorded music, and one welcomed here. Another has to do with the song’s structure, in that there are two parts that the group reprises, offering a retort to the traditional idea of a single chorus.

“Post-” doesn’t cover much dynamic elevation, so to speak; but it doesn’t need to. The song finds itself riding a steady pace, with only slight ups and downs that help to keep it ambitious but simple. Quasi-minimalist arrangements create noticeably pleasing negative space, and the listener can absorb this track without feeling too overwhelmed.

The City Hall are performing at Kremwerk in Seattle on January 25th, 2018, and will release their record Real Nice and Hurtful on May 11th. You can hear “Post-” on their Bandcamp page.

Paddy Moran is an active musician and participant in the bustling Seattle music scene. When not discussing his extreme distaste for eggs (any style), Paddy can usually be found fumbling around, looking for lost personal items and accoutrements. Have you seen his backpack? It was right here a minute ago; someone must have moved it. In his personal life, Paddy requires almost constant, near-24/7 audial stimulation, which explains both his undying love for new music and why he won't just stop talking already. Oh, there's my backpack. I mean his.
Related ItemsCasey DunauFeatureLuke HogfossPostReal Nice and HurtfulThe City HallTrevor Crump
← Previous Story Album Review: Silver Torches – Let It Be a Dream
Next Story → John Maus, Holy Shit coming to the Crocodile