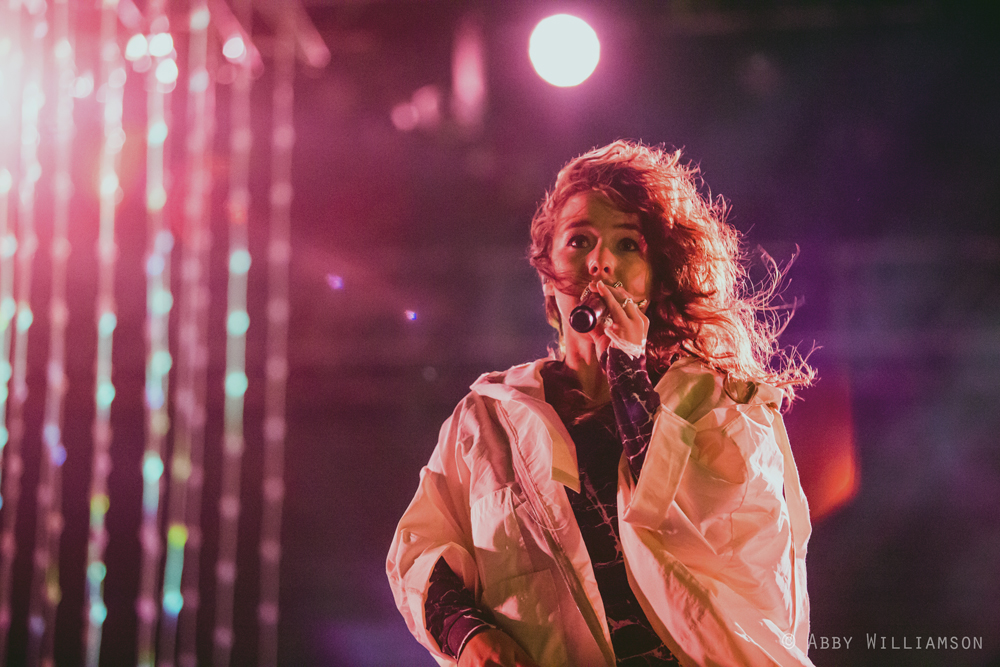 Sunday at the Sasquatch Music Festival started out much different than everyone expected. With winds up to 50 mph, the Main Stage was closed for most of the day, forcing the venue to frantically figure something out – either cancelling or moving the band to a different stage. Luckily, locals Tacocat and Allen Stone got to play later in the day at El Chupacabra, but out-of-towners Houndmouth, Saint Motel, and Frightened Rabbit were completely cancelled. Leon Bridges whipped something together and played an acoustic set in the middle of the field at the main stage lawn. Thankfully the winds died down just in time for headliners Alabama Shakes and The Cure to play.

Abby Williamson is a photographer, writer, and video blogger with a passion for live music – especially the local scene. She recently moved to Seattle after commuting from Gig Harbor for shows an average of once a week for five years, so she’s happy to not have to drive as much and photograph even more concerts! When she’s not elbowing her way up to the front row at a show or sorting through thousands of photos of those shows, Abby also does freelance wedding photography, all the while cultivating a decent-sized following on YouTube. Abby has contributed to several music blogs over the last five years (and she’s really excited to join the SMI team!), and has been published in at least one album booklet for the band, Someone Still Loves You Boris Yeltsin. She would like people to know that while music photography and writing is a huge passion in her life – she is a fan first, photographer second.
Related ItemsAbby WilliamsonAlabama ShakesAllen Stonebaiobig gramsDeep Sea DiverFauna ShadeFeaturegorge amphitheaterLeon Bridgesmac demarcoPurity RingReviewRulersasquatchsasquatch 2016sasquatch festivalSasquatch! Music FestivalSavagesspeedy ortizSummer CannibalsTacocaTthe curewimps
← Previous Story Sasquatch Festival 2016 in Photos: Saturday
Next Story → Santigold Raises $20,000 For EMP Youth Programs