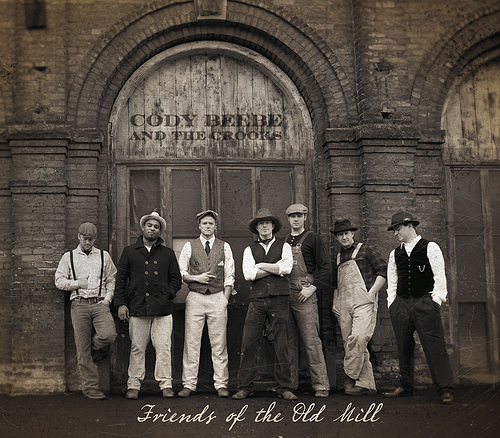 After a several month hiatus, SMI Radio returns to feature one of the Emerald City’s hottest up and coming bands, Cody Beebe and the Crooks. Fresh off a very successful Southwest and Southern California tour the group returned to the Northwest to play some shows in the region.

Before the group hit the road a couple of months ago, SMI Radio’s Greg Roth got together with the boys, backstage at Seattle’s Hard Rock Cafe prior to the band embarking on a Southwest tour. The band talks about their music, their influences and what the future holds for this talented group of artists. In addition, SMI Radio features several cuts of off the groups debut LP, “Friends of the Old Mill.”

Not only is he a multi-media journalist, he is also an accomplished musician. He is the founder of SMI and drives the creative look, feel and branding for the publication. His years of writing, arranging, and performing live music in a variety of genres inform his ability to communicate the message and the mechanics of music. Roth’s work on SMI reflects his philosophy that music is the universal language, and builds community. He believes it has the power to unite people of every race, religion, gender, and persuasion.
Related ItemsCody Beebe & The CrooksCrocodile CareHard Rock CafeLocal MusicRock
← Previous Story SMI Radio Ep. 19 On Demand: Fitz and The Tantrums
Next Story → SMI Radio Ep. 21 On Demand: Synergia Northwest 2011 Special