Every month on SMI will feature 2 -3 artists per month. We are pleased to announce our very first artist of the month also featured on this week’s podcast on SMI Radio. On this week’s episode, Seattle Music Insider  takes you inside the rehearsal of one of Seattle’s most funkiest and hippest bands, ‘Eldridge Gravy and the Court Supreme’. SMI Radio talks to the group’s lead vocalist and spiritual leader Eldridge Gravy. They discuss the groups influences and the creative process. In addition, the show features several cuts from the the groups LP, ‘Us Is What Time It Is’ and their new single recently released on vinyl, ‘Exceptional’ The group is playing live at Scarlet Tree, Saturday, April 17th. To read the full article and see photo slideshow go here 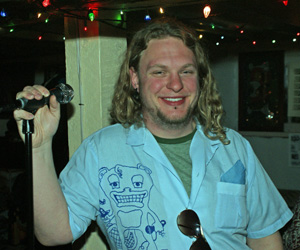 Not only is he a multi-media journalist, he is also an accomplished musician. He is the founder of SMI and drives the creative look, feel and branding for the publication. His years of writing, arranging, and performing live music in a variety of genres inform his ability to communicate the message and the mechanics of music. Roth’s work on SMI reflects his philosophy that music is the universal language, and builds community. He believes it has the power to unite people of every race, religion, gender, and persuasion.
Related ItemsEldridge Gravy and the Court SupremeExaminer.comSMI Radio
← Previous Story SMI Radio is now on the air (SMI Radio Episode 1)
Next Story → Roger and Me