Home / Reviews / Local Artists / SMI 2012 Highlight: The Rock and Roll Hall of Fame has Heart after all (Video and Audio Interviews)

SMI 2012 Highlight: The Rock and Roll Hall of Fame has Heart after all (Video and Audio Interviews) 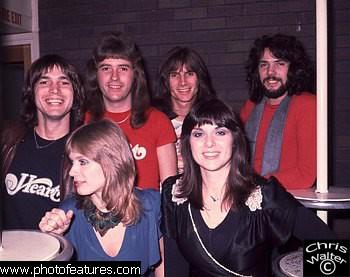 For the past few years here at SMI, we’ve covered founding members of the 2013 Rock and Roll Hall of Famers, Heart. The four original male members of the group included guitarist Roger Fisher; keyboardist / producer Howard Leese; bassist Steve Fossen, and drummer Mike Derosier. They may not have been performed with Ann and Nancy Wilson for years, but they remain busy musically with various projects, including Heart by Heart. Fisher has been busy on his own solo projects which include past release earlier in 2012, called Love Alive as well as a forthcoming release next year.

In 2009, Fisher, Fossen, and Derosier reunited for the first time in several years and played a special benefit show for Music Aid Northwest. Leese, who splits time between his home in Malibu, California and Kent, Washington has been involved in several solo projects of his own, including touring with Paul Rogers and Bad Company.

In May of 2010, Fisher, Fossen, Derosier and Leese reunited for the first time in over 30 years and joined vocalist Somar Macek (who  currently fronts Heart by Heart with Fossen and Derosier) to perform classic Heart songs, backed by a 50 piece symphony orchestra as part of the lineup at the 1st annual Synergia Northwest Concert at the Temple Theater in Tacoma.

For fans of classic Heart, the evening was pure magic, as they took fans on a trip down memory lane and gave the crowd exactly what they wanted, with Mistral Wind and Crazy On You. They rounded out the mini-set with a rambunctious version of  Barracuda, with the orchestra in the background rocking and dancing to one of Heart’s edgiest and most up-tempo numbers. The musical chemistry was still there. It was as if 30 years were only 3 days. (Heart by Heart will be performing again at Play It Forward III on Sunday, January 20, 2013 along with Roger Fisher and Randy Hansen as well as Alan White at The Neptune Theatre. Proceeds will again go to benefit Music Aid Northwest.)

That was 2010. Two plus years later, on Tuesday, December 11, 2012, the members were notified that they would be inducted into the Rock and Roll Hall of Fame as part of the class of 2013. The 28th Annual Rock and Roll Hall of Fame induction ceremony will be held at the Nokia Theatre in Los Angeles, Thursday, April 18, 2013. It was an honor that eluded them last year, but deep in our own hearts, we knew that it was only a matter of time that the band would get their due. As someone who is blessed to cover a lot of stories, this story was a real highlight. 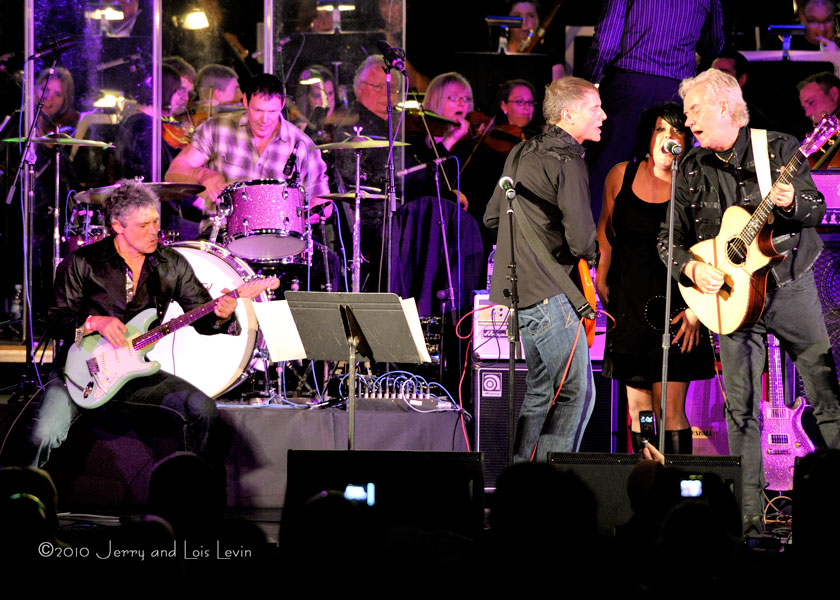 For me, my relationship to the music is more than professional, it is deeply personal. Heart’s music has been the soundtrack to my life since I was a wee lad in high school. I remember driving around in my beat-up Pontiac Lemans through the streets of Olympia, Washington. I was living in a world all my own with the a.m. radio cranked to the max, banging my head on the steering wheel to tunes like Heartless, Barracuda, Little Queen, and then swaying to the beautiful sound of Dog and Butterfly.

Heart’s induction is also personal, because I have had the opportunity to get to know some of them a bit. Over the course of the last few years, I have chatted with Roger, Michael, and Steve on several occasions at community events and parties. Sure, it makes for a terrific story, but I am genuinely fond of these guys as people, not just as musicians.

These three artists use their talents to do great things to benefit kids and music education. They are good guys with a real passion for their music and their community. Howard Leese, a good fellow in his own right, returned to the Northwest last year to lend his talents to Synergia Northwest Presents Music Matters Live 2012. These four gentlemen never hesitate to lend their time to benefit others.

Of course, Heart has continued on with a different lineup that does not include Fisher, Fossen, Derosier or Leese. I am not going to get into the reasons as to why or why not the various parties have not found a way to collaborate or perform again in many years, because honestly, I will probably never know for certain. The important thing is that the music continues to live on and the everyone involved in the various incarnations of Heart and spin-off projects continue to perform and celebrate the songs. At the end of the day, it is the music that matters the most.

The three amigos of Fisher, Fossen, and Derosier who have been chums and played music together since childhood still love playing together when possible. They are proud of their accomplishments, and grateful for having the opportunity to be part of something bigger than themselves, while at the same time making a significant contribution to the world of rock as one of the greatest rock bands in the world….as they should be. They, along with the amazing Ann and Nancy Wilson, created some amazing music that will live on long after we exit this dimension.

I would be lying if I didn’t say that I would love to see the classic Heart lineup do their thing together again at the induction ceremony. That said, whether or not Ann, Nancy, Roger, Steve, Mike, and Howard perform together on stage on an April night in Los Angeles next year will not diminish the moment. The one thing that we do know is that they will all be standing together in one room, on one stage again… basking in glory – just like they did over three decades before. And for this Heart fan… that will be enough.

Congratulations, Heart! And thank you for bringing joy to my life and others with your brilliant music!

Below is my backstage video interview with Howard Leese, Roger Fisher, Mike Derosier and Steve Fossen prior to their Synergia Northwest performance at The Temple Theater in Tacoma on May 15th, 2010.

A few weeks back I had the pleasure of interviewing Steve Fossen and Roger Fisher the day after they were notified that they would be inducted into the Rock and Roll Hall of Fame class of 2013. You can listen to that conversation by clicking the player below….

Not only is he a multi-media journalist, he is also an accomplished musician. He is the founder of SMI and drives the creative look, feel and branding for the publication. His years of writing, arranging, and performing live music in a variety of genres inform his ability to communicate the message and the mechanics of music. Roth’s work on SMI reflects his philosophy that music is the universal language, and builds community. He believes it has the power to unite people of every race, religion, gender, and persuasion.
Related ItemsHeartHoward LeeseMike DerosierMusic Aid NorthwestRock and Roll Hall of FameRoger FisherSeattle Music HappeningsSteve FossenSynergia Northwest
← Previous Story SMI New Music Preview: ‘Rotting on the Vine’ by The Purrs
Next Story → SMI musical highlights of 2012