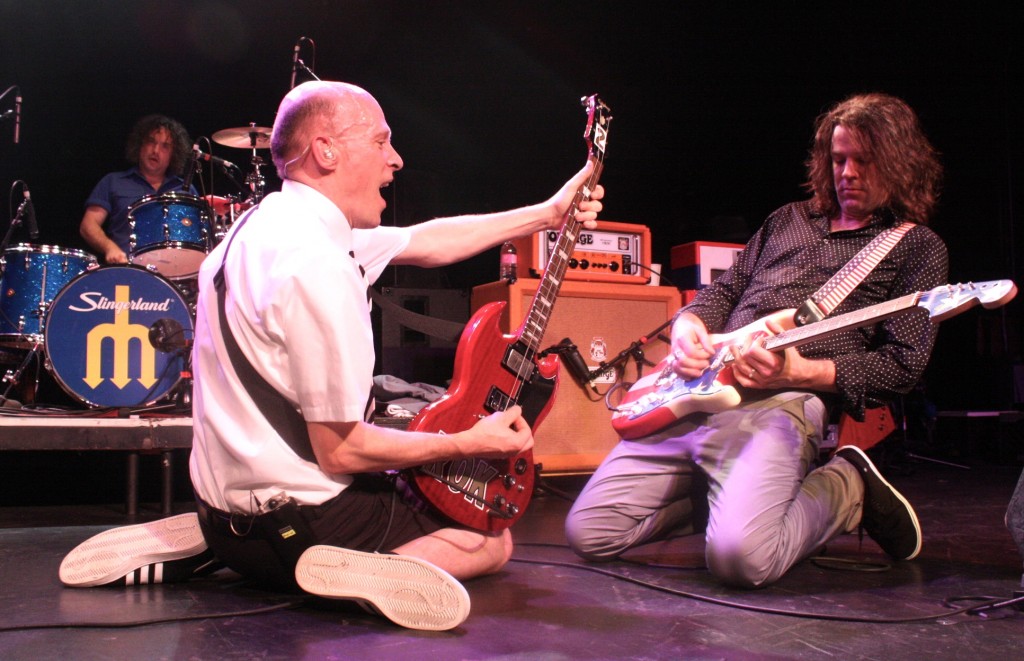 Chris Belew and Andrew McKeag lay it down at The Showbox – Photo: Alina Shanin

President’s Day weekend is not just the time to commemorate George Washington’s birthday or celebrate our favorite presidents, for the few that remember to, but it’s the perfect opportunity to enjoy Showbox’s annual Presidents of the United States of America show.

The two-day event packed the venue both nights, with Friday allowing all ages to see the Seattle legends and Saturday leaving the floor open for those of age to roam around with drinks in hand. With the line stretching an entire city block and spirits high, the crowd brought the excitement and tons of energy inside and shared it with the opening acts, in anticipation for the extremely loved and supported POTUSA.

The show started with POTUSA’s comedian choice Mike Phirman, entertaining with a few jokes and a couple musical acts, including What A Wonderful World in the style of Louis Armstrong and a comical one-man band song produced through a Line 6 loop station, complete with ocean sounds, baby laughters, and feedback. Sean Wheeler of Throw Rag, and Circle Jerks’ Zander Schloss took the stage next in the form of The Legendary Duo. The talented musicians played a great set with lots of soul and meaningful lyrics in every song, captivating the crowd’s attention.

When POTUSA finally took the stage, the audience was warmed up and ready to rock, welcoming the stars with shrieks and applause. The energy of the crowd was matched, if not outdone, by the band who were giving it their all with impressive stage presence and nailing every note.

Vocalist and ‘basitarist’ Chris Ballew was probably the most energized and excited, somehow dancing all over the stage without missing a chord. His tight bass lines, played on a modified two-string Epiphone G400, were polished to perfection and resonated throughout the entire venue, courtesy of a great PA system and talents of audio engineer and co-owner of Jupiter Studios Martin Feveyear.

‘Guitbassist’ Andrew McKeag performed every solo flawlessly and shared some solid vocals with the audience throughout the set. After the first couple songs, McKeag traded in his Gibson Explorer for a modified Fender Stratocaster with three heavy strings designed for drop tuning, a concept first created by Ballew and Dave Dederer, original guitarist of POTUSA.

The most shocking part of the night was McKeag and Ballew exchanging instruments by synchronizing a toss of the guitar and bass, cords and all, and then finishing the song without missing a beat. Speaking of beats, Jason Finn was on fire, once again showing off his talents and style in every song, while keeping the band on time and the crowd moving. Finn rocked his Slingerland drum set and an array of Sabian cymbals, from steady rhythms to quick off-beat changes within songs.

POTUSA started the night out with a few hits fans have come to love over the years including Peaches, Kitty and Ladybug, and eventually playing 5 cuts off of the There Are the Good Times People album. The band also had some fun with modified renditions of Video Killed The Radio Star (The Buggles) and Kick Out the Jams (MC5). After about an hour-and-a-half of rocking out and literally shaking the floor, POTUSA briefly stepped off stage only to come back to the demanding shrieks of the crowd to close out the venue with a five-song encore.

In a quick interview after the show, McKeag said that the President’s Day weekend show is “really fun and amazing every year. We love it.” Not only does he enjoy being able to invite friends to play with the band and the great turnout ever after year, he appreciates the helpful staff and the superb sound quality of the Showbox. “I think it’s one of the best rock rooms in America,” McKeag said.

As far as upcoming projects, POTUSA will be touring Europe in March, starting with Bristol, England, and finishing in Dublin, Ireland, on St. Patrick’s Day. While there is no new record in the works right now, McKeag is hoping to start on one soon.

To aspiring musicians, McKeag advised playing as much as possible, anywhere and anytime, just to establish connections and learn to appreciate all of the work that goes into putting on a show, including lighting, technician, engineers and even bar staff. Going out to shows and meeting bigger bands is another good way to get noticed and show perseverance and dedication to the music. “Put yourself on the tracks often enough, and at some point the train’s going to hit you,” McKeag said.

With a name like the Presidents of the United States of America, the band is no stranger to politics and isn’t scared to voice their opinion on upcoming elections. It’s no secret the group is a strong supporter of Obama, and the Democratic party overall. “We chose sides a long time ago,” said McKeag, adding that he’s pleased with how the Republican party is doing, finding the candidates simply comical and not standing a chance.

It was a fantastic show with tons of energy and dancing, from both the performers and audience. POTUSA is looking forward to their tour in Europe, as are the fans.  Pickup tickets early and don’t miss a chance to experience the fun and inventive Presidents. 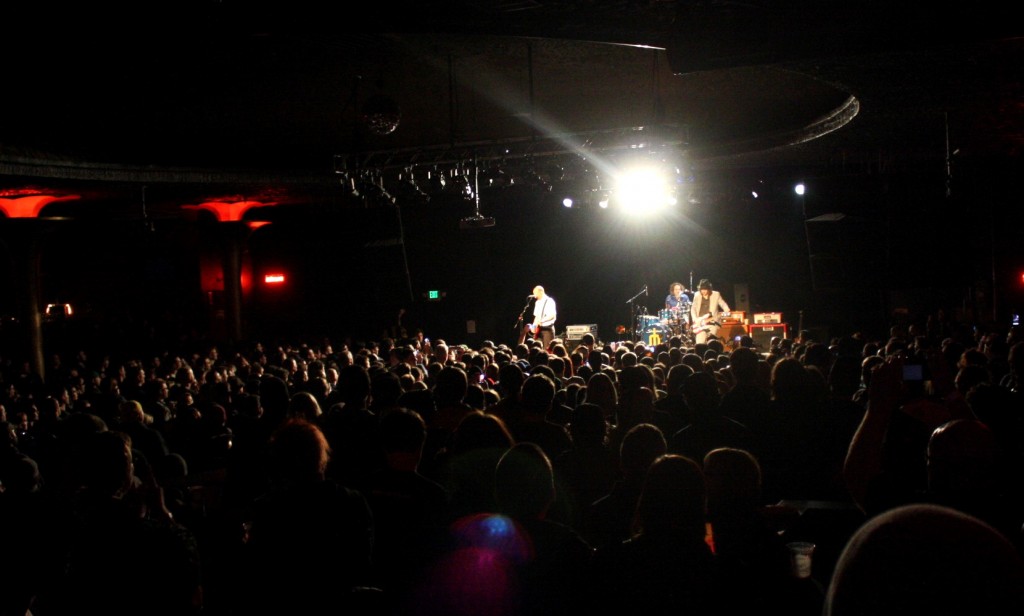 Not only is he a multi-media journalist, he is also an accomplished musician. He is the founder of SMI and drives the creative look, feel and branding for the publication. His years of writing, arranging, and performing live music in a variety of genres inform his ability to communicate the message and the mechanics of music. Roth’s work on SMI reflects his philosophy that music is the universal language, and builds community. He believes it has the power to unite people of every race, religion, gender, and persuasion.
Related ItemsPresidents of the United States of AmericaSeattle Music HappeningsShowbox
← Previous Story Talkin’ bout the Revolution…
Next Story → Reggae legend Bob Marley documentary to hit silver screen (Video Trailer)